So I think I might have the conundrum of the different roof angles figured out. Now I just need to determine what products to use. This next picture is where I cut a piece of cardboard 8′ x 8 ” to fit the front part of the shed roof up to the support. What I think I’ll do is cut that support down to just a beam to open up the space, or maybe off entirely and place my own thicker beam there. Then the domed roofline will be cut down until I can place a similar angled shed roof over the kitchen. That will give the loft more light, too. 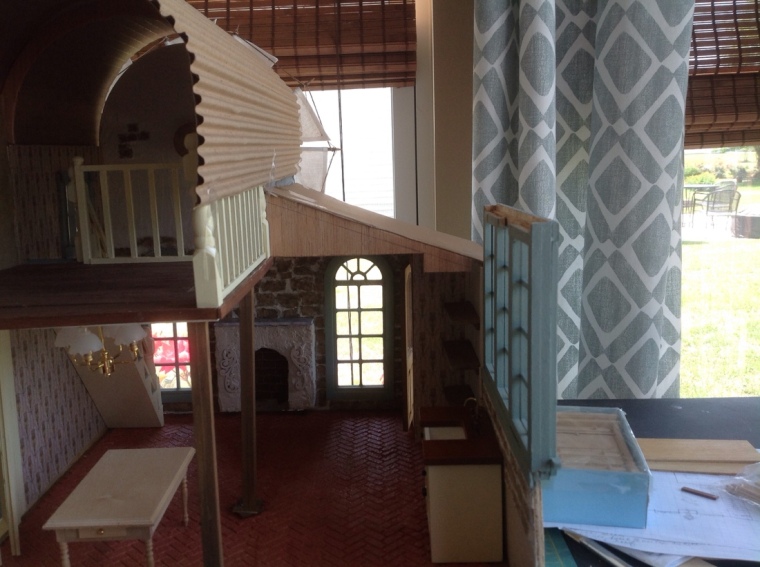 The roof sure did darken up the space – I’ll have to paint the insides of the roofs white to lighten everything up. What do you think of the corrugation on the outside? I was thinking it would modernize the structure a little bit by having a metal roof instead of a thatched one. Let’s see what the corrugation look like on the inside instead…… 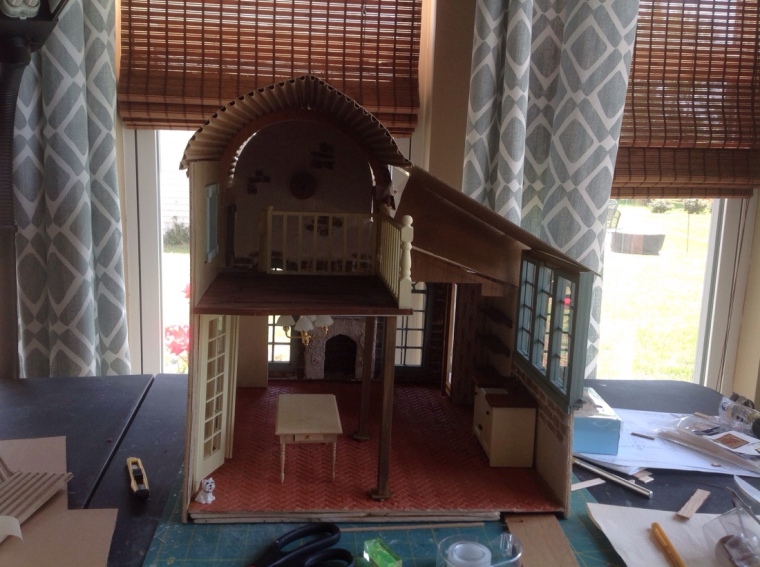 I know it’s hard to see, but I cut a piece of cardboard for the back shed roof as well as turning the cardboard inside out, extending the roof from higher up on the dome because of the higher side wall. I placed a piece of cardboard behind it to close up that roofline, and shortened the dome so that the loft will now be open to the kitchen below. I think that will work except I have to cut the shed roofs from wood and place a vertical support post at the roofline change where the railing post is now. 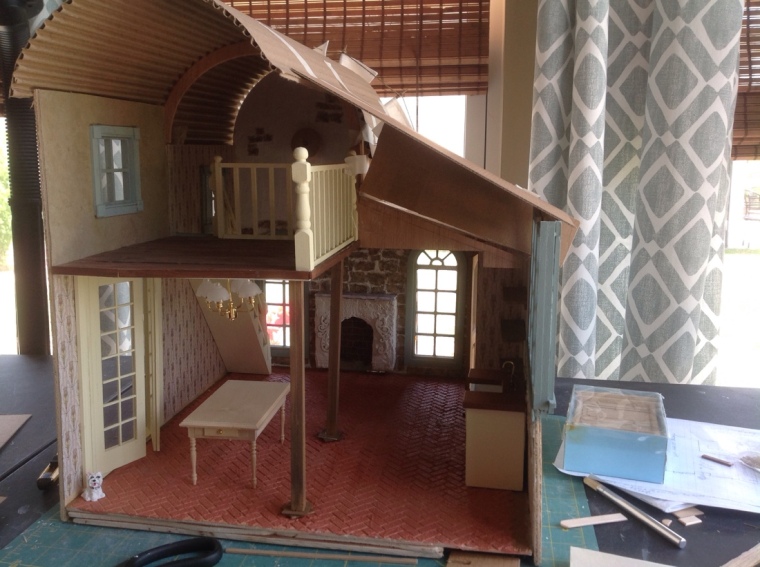 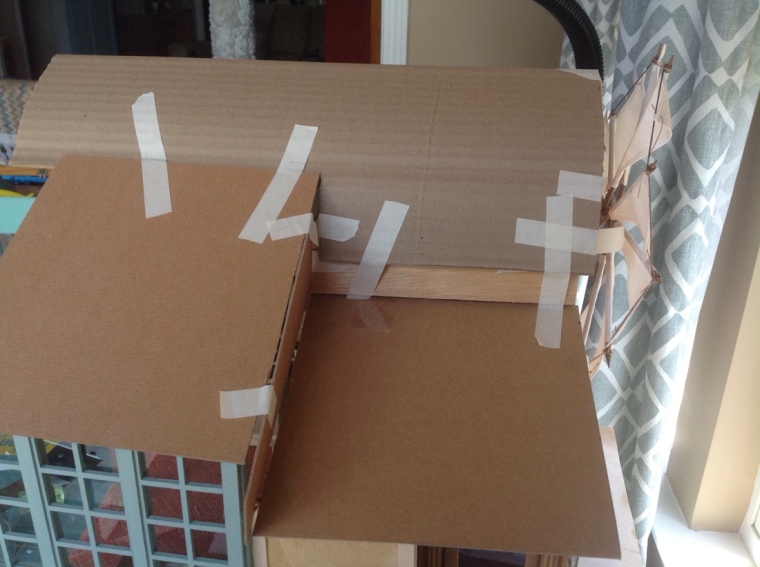 The above shot shows the converging roof lines from above. Not too bad. I think it can work. The dome right in front of us here will be shortened a bit, too, to make a nicer transition. Wha’da think? I think I’ve got a start on it. Caroline Dupuis from cinderellamoments.com started using the basket liners for wire plant hanging baskets for her thatch instead of gluing everything on in batches and trimming like mad. You just lay it on top of your roof and glue it on. I’ll have to look into that. Maybe the shed rooftops could be shingled since they will be made of wood unless that would look too patchy.

Well, I think I need to build my roof supports and angles, and then I should get to stuccoing the outside of the cottage before I finalize on the roof. At least now I know the wall heights I have won’t be an issue, so I can move ahead. Whew! Still open to suggestions for the inside ceilings of all the roofs.